The American Community Survey (ACS) is an annual survey taken by the U.S. Census Bureau. Data collected incudes social, economic, housing and population data. ACS provides data for the nation, states, counties and other geographic areas down to the block group level. Data profiles for selected detailed population groups such as Native Hawaiians and Filipinos are also available for higher level geographies such as the state and sometimes the City and County of Honolulu.

A good way to start your data search is to decide what geographic area you are interested in. For most areas below the county level, data users will need to use the 5-year ACS datasets. The next step is to obtain the data that you need. Geographic area profiles contain a wealth of information and will probably serve your needs. In addition to the profiles, other summary and detailed census data are available especially through the U.S. Census Bureau’s data tool. 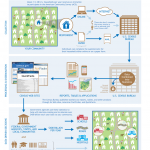